Posted on December 4, 2012 by liveoaklinda

1  Family Heritage.   When your parents are from Minnesota (& you’re anywhere near my somewhat advanced age), there’s a high likelihood that your ancestors are either from 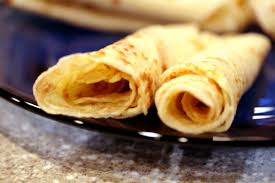 Sweden, Norway, or Germany, with a few other random northern European bloodlines thrown into the genetic mix.  Who else would tolerate that northern Midwest climate??  The day after they married in 1948, my folks set out for California, where my father had been stationed in his Navy days during World War II.  He claims that honeymoon trip west is when he discovered my mother’s secret wish to be a race-car driver.  If you’d ever met my mother, you know how amusing this secret little wish of my father’s really was.

Anyhow, when I was growing up in SoCal post-WW2, acknowledging our German ancestry was verboten.  (Lucky for them, Minnesotans of German descent weren’t imprisoned like families of Japanese heritage were in the West.)  I learned my last name ‘Wilshusen’ by listening to my mother spell it out on the phone & in the shops, but my parents pronounced it without the “h”.  One of my many little acts of asserting independence from the family tradition was to pronounce my last name with the “h”, as in ‘will-shoe-zen’.  I’m happy we always shared the ‘zen’ syllable at the end, though.

2  Tradition.   Since the German (father’s side) was off-limits, we leaned toward the Swedish (mother’s) side of things when the winter holidays rolled around (although Christmas in LA mostly meant that we couldn’t jump into the pool anytime we wanted).  We spent all our holidays (& many summer camping vacations) with my mother’s older sister Aunt Peggy & family, & we fervently loved her as the lady who fed us special Scandinavian treats: sunbakels, rosettes, & our family favorite: Lefse, a.k.a. (on Live Oak Avenue at least) potato tortillas.

3  Making Lefse in Santa Cruz – The Ultimate Comfort Food.   I happily became the carrier of the family lefse tradition.  I remember being so protective of this special mantle that I was jealous of my future brother-in-law Mark’s beginner’s luck at rolling perfect circles, making my (still) free-form shapes seem amateur & pathetic.  (I now know that Mark can out-cook me anytime, anywhere, so I’ve let go of trying to compete with him on anything related to food.)  Nevertheless, I’ve persevered (…perseverance being, for better or worse, my other middle name…) with this important family role.  & even though I cling to a make-do approach (& not only for lefse production…), I’ve finally progressed to realizing the benefits of using an official lefse ‘paddle’, which I procured in a small Benson, Minnesota shop during the (mother’s side) 100-year Young family reunion a few years ago.

I need to consciously prepare & energize myself for this project of love, because aside from the comfort food aspect, it’s a flour-y, messy endeavor, & not only because I mostly make it as a gift for far-away siblings.  Here’s the basic recipe: use leftover mashed potatoes, flour, butter, & salt; mix 2:1 potatoes & flour, add some soft butter, add salt, knead a little, refrigerate, roll out & pan grill.  Slather the tortilla with butter (see below), cinnamon,  sugar, cheese, or anything equally sinful, roll up & savor with small bites.  I only suffered minor cooking injuries last night: a few burns from the electric pancake grill & sore arms from rolling roughly the equivalent of 40 pie crusts.

Last New Year’s Eve day I enjoyed a two-day lefse lesson with my friend Julie & local Lefse Queen & Connoisseur Robin Woodman.  I learned to appreciate the full-blown, official way to make these delicate potato tortillas, but my own method will probably remain a basic, down home approach.  As with so many things, there’s a whole lefse culture out there with elaborate recipes, procedures, special cookware & rolling accouterments, etc. (- leftover potatoes are a big no-no in these versions).  No doubt the results are slightly better than mine, but really, it’s the love & the connection that makes it yummy (uh, & maybe also the the ingredients?…).  & although, sadly (happily?), few of my friends seem appreciate this winterland-without-sun delicacy, it’s gratifying that daughter Z expresses robust Minnesota lefse genes – I can only hope she’s also passed them onto sweet grandson Dante.

4  In The Meantime, Please Pass The Butter.  I have an alternate definition of L.E.F.S.E.: Lovely Excuse For Satisfying Emollients.  It’s the pleasure & the pain of enjoying these sorts of things…truly shocking how quickly potatoes, flour & butter metabolize into belly flab.  Ah well, it must have served some evolutionary purpose during those long cold Scandinavian winters.  & I can easily imagine how it was a lovely way to pass a few dark hours until the Winter Solstice heralded the coming light again.